Your Ticket To The Best Tech Startup Cities In The World

Silicon Valley is considered as the hub of the tech industry by many. However, a close look at the map of tech jobs tells us that tech jobs are dispersing. Despite being the cradle for companies such as Apple, Google, Uber, etc, the valley is seeing a turn of events. The question that arises here is why is this happening today?

The Human development index is influenced by various factors, so, Silicon Valley may not be the best place to live and work, even if people want to be in the tech industry. Moreover, there isn’t one parameter that decides which city is the best. So, what makes a city livable? What inspires people to settle down?

Related Articles: What is required to build a tech startup?

IMPORTANT FACTORS TO BE CONSIDERED

Startups, who aspire to settle in tomorrow’s tech capital, should look for other options. Adora Cheung, a partner at Y Combinator writes, “The world is full of people who aren’t realizing their potential, in large part because their cities don’t provide the opportunities and living conditions necessary for success.” Generally, tech hubs are ranked based purely on economic factors, ignoring the quality of life factors like- Startup output, the cost of living, average salary, average rent, average commute time, etc, which need to be taken into consideration.

RadPad, an apartment search startup, combined its rental data with Anthology’s tech jobs platform’s salary reports and found that the current median price for a one-bedroom apartment within a half-mile radius of companies like Uber, Twitter, Google, and Airbnb in San Francisco is eating up 42% and 54% of software engineers’ salaries. This is burning a hole in people’s pockets because the ideal income to be spent on housing for it to be considered affordable is only 30%.

Compass, a management reporting Software Company, collected data from a poll from 11,000 startups, investors, and other stakeholders on the basis of various factors, giving equal weight age to all of them. It also added data provided by the World Bank and Numbeo’s cost of living index. This was done to reflect that quality of life parameters contribute a lot more than economic parameters to make a city livable. 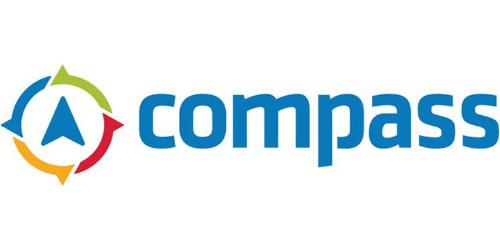 Berlin is said to be the best tech hub due to massive startup opportunity combined with low living costs, but commute time is an issue. Austin, an American city is cited Austin as the top American tech hub to live and work due to its lower living costs and huge funding availability than its West Coast rival. Expert Market found that the average seed funding available to startups in Austin is almost $900,000-$950,000.  London, home to the most billionaires worldwide, with an economy focused on finance for international businesses is another option. However, Brexit has had a huge impact on London’s current condition. Sydney has long held a great reputation for work-life balance, beauty, and friendliness and is graded as number one for sustainability and livability.

Hong Kong’s economy is ranked number one for economic freedom. Moreover, it has one of the highest life expectancies worldwide. One of the fastest growing cities in Europe, Stockholm comes with numerous business opportunities. It is booming with a lively tech industry, with nearly 700 high-tech companies in the area. It is regarded as one of the best cities for start-ups. Bangalore, the Indian hub is another good option for investment. It thrives on engineers and many countries have outsourced their work to this city.

Keeping all this in mind, our philosophy should be: if we want to thrive in an area, either working in tech or building our own company, we need a balance between potential corporate success and an enjoyable lifestyle.

Your Ticket To The Best Tech Startup Cities In The World