Some of the most brilliant ideas for innovative products and services have taken wings during coffee-breaks or after-work drinks, nonchalantly written down on napkins or discussed on the phone. But, Justin and Lee Wasilenko give credit to pizza boxes which turned their idea into a big thing.

These two brothers head Orange Bridge Studios, a small VR development company. Their success story dates back to 2014, when Lee, a CTO/software engineer by profession, converted a pizza box to make Google Cardboard. Lee, a die-hard VR fan, showed off his creation to his brother Justin who was then working as a Forest Firefighter. They got excited about working together to transform the VR space, and that’s how ‘End Space’, a first person arcade space built for VR, was born.

End Space is groundbreaking, even in comparison to other VR games like Anshar Wars 2 or EVE: Gunjack; the main difference being that End Space lets you actively fly and explore with your spaceship, providing a more immersive simulation-like experience. Even compared to large-scale games like Elite: Dangerous, End Space surprises with how a small development team can offer such a value-for-money and enjoyable experience for players.

Related Article: Everything You Wanted To Know About Virtual Reality Startups

The game is heavily influenced by the spaceship cockpit shooter games of the 90’s, specifically the Star Wars: TIE Fighter. The duo wanted to do something different when they started. They wanted to create a VR space game that went beyond a tech demonstration. The brothers, who have a background in media and technology, started developing the game for Cardboard VR first, and later for Gear VR. The Cardboard VR version was very user-friendly and became quite popular with the players. However, it had its own limitations – it was not sustainable as a primary development platform and could not be scaled to advanced features. Justin had learnt his lessons well from Cardboard VR. He knew what features customers wanted further and what he could deliver to meet their expectations. It was then that they decided to work on Gear VR which gave them a good launch platform.  End Space became one of the most downloaded games for VR. In fact, it was the # 1 top-selling game on Samsung Gear VR for a few weeks. 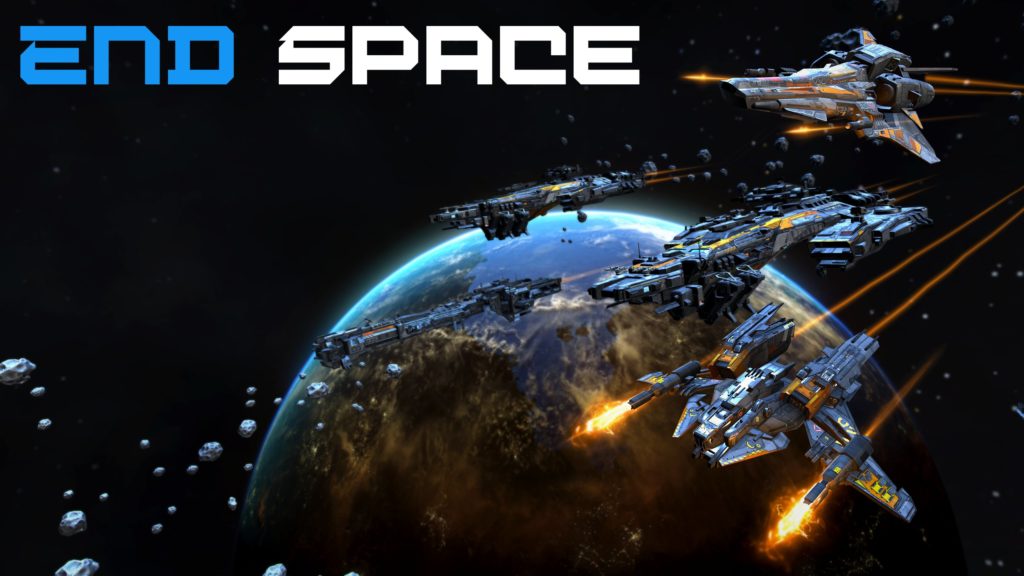 The journey of this duo speaks for itself – they have evolved from a solo entrepreneur to a growing team. The credit of V1.0 goes to Justin alone. By the time the new v1.1 with a new Touchpad Flight mode was launched, Justin had the complete support of Lee. They also hired Lee Sounder, a brilliant 3D artist.

Both Justin and Lee are quite happy with their success. They have received rave reviews from the players and how they never get tired of playing End Space no matter how many times they play. In fact, End Space has registered a very high average play session time. This feedback has encouraged the founding brothers to introduce new features and fresh content to delight the players.

Together, these two brothers, who now work full time in Orange Bridge Studios, have achieved their dream of turning a passion into a profitable business opportunity. Initially, a bootstrapped company, it has now started making enough money to support the full-time development of the game when it was published for Gear VR in April 2016. They have even launched VR Dev School which offers online VR developer courses as a part of community initiatives.

In the next phase, End Space is being developed for Oculus Rift, HTC Vive, Google Daydream and PS VR; these newer versions of the game will offer advanced graphics, improved AI, and overall more sophisticated experience. Regular updates and improvements to the storyline and gameplay are constantly being made, and even a multiplayer version is planned, something that’s missing from VR games until now. The brothers have other ideas too, but for now, they are focusing actively on how End Space can reach its maximum potential.

The success of these two brothers shows how right timing and a little risk can pay off big time. From a pizza box to a game studio, hats off to this indie development guys!