Uber has done it! It has recently launched its driverless car services, beating many other major automobile manufacturers and tech companies like Google and even Apple. They have floated a fleet of four cars equipped with autonomous driving technology in the city of Pittsburgh, Pennsylvania.

The hardware which includes lasers, cameras, proximity sensors and similar purposeful gadgets is mounted on the roof of the cars, making them instantly recognizable in the streets. The cars and the associated tech are still in the experimental stage and at the moment there are two technicians accompanying the cars to handle any problems that may arise. The next step for Uber is to reduce it to just one technician and eventually make their cars completely self-driving without any need for human intervention. But Uber is not the first one to do this. Tesla already sells its self-driving cars in the market. In fact, nuTonomy became the world’s first automated taxi service when it launched its pilot project in Singapore in August 2016.

A future with roads full of cars that can drive themselves is seen on the near horizon. Why just limit our vision to cars when even self-driven buses, trains, and airplanes are possible! It’s much like the magic car in Harry Potter, which had a mind of its own and helped Ron and Harry get to Hogwarts or like the advanced hovercraft’s and spaceships from Star Trek that could pilot themselves across the great distances of space itself.

While magical or technological teleportation shown in these fantasy and sci-fi movies is not even a concept that we can understand yet, autonomous transportation is. Imagine if you can call a taxi to your doorstep with an app, get in the car and there is no one behind the steering wheel. Driving on today’s roads on our daily commute is definitely not a pleasure we look forward to. A lot of time is wasted stuck in traffic- sometimes for minutes, sometimes for hours. But if you were in a self-driving car, you could just sit back and let the car drive itself. Now, you may wonder how this is different from a cab service.

The three chief advantages of driverless cars are the reduction in the number of accidents, an increase in productivity, and improvement in traffic & fuel efficiency. How often you worry about the cab driver  not having a valid driving license, being drunk on duty, or having a criminal background? You don’t feel safe. Driverless cars can ensure that you don’t have to be a victim of human nature and errors.

These cars can also be a boon for traveling within the city or over a few hundred kilometers from one city to another at a quick speed. You can get in the car at a time you prefer, plan your schedule, make point-to-point stops and also take detours to visit some friends at your favorite hangout place. You will get to your destination on time and won’t have to worry about parking or maintenance. According to a McKinsey report, autonomous vehicles can save billions of hours every day for commuters across the world!

Another McKinsey report states that autonomous cars have the capability of reducing CO2 emissions by as much as 300 million tons per year, which could mean greater fuel efficiency and be saving for the world. Also, since driverless cars will be connected to a well-developed grid and centralized network, there will be less traffic congestion.

The same logic is applicable to other modes of transportation such as buses and trains, which are cheaper and faster for traveling across cities. But they are not as flexible as cars. You will still have to get to the bus stop or train station, catch one, get off at your destination and again travel on foot or by cab to your final destination. If you are not picky about stopping at your whim or about privacy, buses and trains without drivers can reduce intra-city traffic by a huge margin.

Automated airplanes might remain a pipeline dream for a long time to come. Airplanes are the best mode of transportation over larger distances, beating out all others, including cars, trains or buses in terms of efficiency and safety. One of the major fears hindering the application of self-driving or more aptly self-flying, technology in airplanes is the risk of failure and the consequent human life and financial losses. Airplanes need more complex assistive technology because they need to take off, fly, and land, all with a couple of hundred passengers on board. We already have drones, which can fly themselves for longer duration and distances, but they are a far cry from people-carrying aircraft or even small business jets.

Evidently, driverless cars will form a major part of transportation in our future lives. But the major hurdle in the implementation of this dream is the mistrust of people. It is not completely baseless, too. We are yet to perfect this tech. The problems are not just limited to controlling the cars themselves, but also mapping routes for them and interacting with other cars to avoid collisions. Although now we seem to be getting past that and figuring out ways on how to not just help cars avoid accidents, but actually navigate through densely populated areas and finding the fastest route to the destination.

Though the autonomous transportation companies have not proffered a solution for the masses and they are at best, incomplete and inchoate visions of the future at present, this technology is garnering a lot of media attention nowadays. Magical apparition from one place to another might still remain within the realm of children’s stories and sci-fi movies, but fully automated transportation need not. With a little faith from the common man and some more research from the car manufacturers and software companies, these fantasies of magic cars or automated flying aircraft can become realities sooner than we might expect.

Wish you a safe and interesting trip to the future!

iPal, A New Robot Which Will Babysit Your Kids 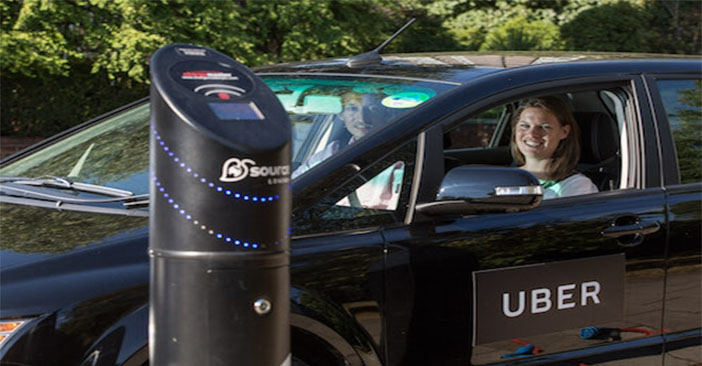 Uber’s Autonomous Cars Will Start Their Service This Month

NuTonomy Raises $16M in Series A