Uber has done it! It has recently launched its driverless car services, beating many other major automobile manufacturers and tech companies like Google and even Apple. They have floated a fleet of four cars equipped with autonomous driving technology in the city of Pittsburgh, Pennsylvania. The hardware which includes lasers, 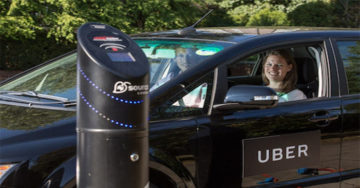 Ride in Style with Uber! The New Electric Car Service Renowned cab aggregator, Uber recently introduced a new electric car service on a pilot basis in the UK with 50 vehicles. These new electric cars will be operated by the top-notch drivers hired by Uber. With this, the race between

Great Going Uber! Uber and Otto Joins for the Same Purpose After a big surprise of launching self-driving rides in Pittsburgh, now Uber takes another huge step in the self-driving car space by acquiring Otto with its all-star team. Otto has been working on self-driving technology to fit into existing

Uber’s Autonomous Cars Will Start Their Service This Month

Is it true!  Uber Back with a Bang Uber brings out a lot of surprises this year but the most exciting and amazing one is its self-driving cars. Though it is hard to believe but Uber claims to start its autonomous car service this month in Pennsylvania US. Customers can

This partnership accelerates the company’s effort to launch the world’s first commercial AV service in Singapore Cambridge, MA and Singapore, August 1, 2016—nuTonomy, the leading developer of state-of-the-art software systems for self-driving cars, today announced it has entered into a new partnership with Singapore’s Land Transport Authority (LTA) to begin

NuTonomy Raises $16M in Series A

The car of tomorrow gets funding! Cambridge, MA-based startup NuTonomy secures funds of $16 million in Series A round to offer self-driving taxi services within the time frame of two years. Founded in the year 2013 by Karl Iagnemma, CEO and Emilio Frazzoli, CTO,  NuTonomy is a pioneer in self-driving