A normal ticket collector who made millions of Indian’s dream comes true Mahendra Singh Dhoni was born on July 7, 1981 at Ranchi, Jharkhand situated in the east corner of India. He studied at DAV Jawahar Vidya Mandir where he was intensely attracted in football and badminton. He had also 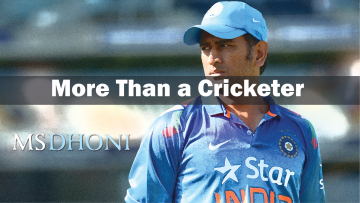 M.S. Dhoni- A Cricketer With A Visionary Business Bent

A Successful Captain.A Successful Businessman. He is hailed as the most successful captain of the Indian cricket team. But he also has keen interest in business. The new movie M.S. Dhone- The Untold Story might just cover his cricketing story but rest assured, he is doing more than that in