More Power to IoT What is SAP doing now? One of Europe’s biggest software creators SAP has reserved around 2 billion euros ($2.2 billion) for investment of Internet of Things. The company will help to connect anything from washing machine to cars to the Internet. The German company will invest

Wave a good-bye to the card key ! About Proxy Proxy is a startup that focuses on developing a state-of-the-art technology (app) to operate internet-enabled devices for every kind of login processes. Rather than going through long login processes and the downloading bunch of apps for separate devices, it is

Boosting the IoT Industry in India! Funding the IoT Logistic Startup in India Recently, Software-as-a-service (SaaS) based logistics tech startup Locanix raises funding of $300,000 (INR 2 crore) from a group of investors including senior executives from Cisco and Goldman Sachs. Founded in the year 2013 by Ruchit Surti, Locanix

Explore IoT to control your expenses! You all must be using cards for payments or purchasing products via internet banking. Money has come in various forms; one of the biggest reasons of uncontrollable expenses.  Most of you realize that your account is nearly empty by the end of the month.

It’s time to say Cheers to Cheese! Founded by Brett Jurgens and Ryan Margoles, Notion is a Denver- based internet-of-things (IOT) startup. It monitors everything in your home and sends you a report through an app on your phone. Moreover, it uses sensors to alert you when something is 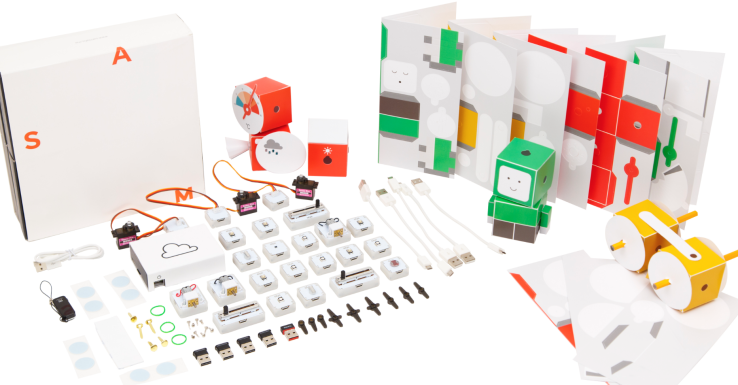 The amount of $4.5 million was raised by SAM Labs to promote ‘Internet of Things’ amounst kids London-based startup, created by a brainy team of engineers in the year 2014 and backed by a successful Kickstarter campaign, SAM Labs lately announced that it has raised £3.2M ($4.5M) from a group