If we’ve been watching the global surge in space tech investments closely, what’s evident from that is that we’ve entered a virtuous cycle in space tech, where VCs are encouraged enough by a handful of successful ventures to invest further in the sector, and, as a result, we’re seeing more startups emerging to produce more success. Capitalizing on the falling cost of launch services and the miniaturization of satellites, a new breed of startups is gearing up for the space race under the moniker of NewSpace.

Leading figures in the Newspace movement put forth their approaches to spaceflight, exploration and discovery, in a recent conference in San Jose, Calif.  Though this concept seems old, but the industry continues to be nascent. The sector has had numerous startups with a view to soar into outer space. 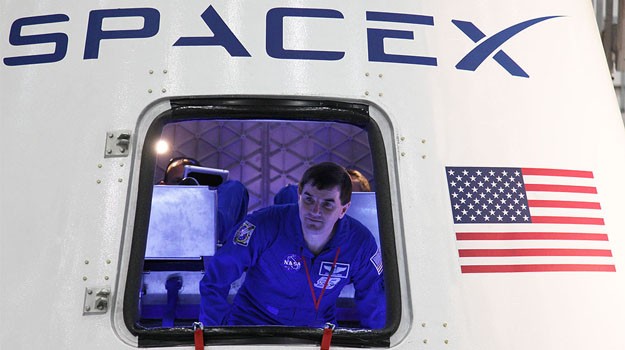 And it started off with the rise of private space enterprises globally, which was heralded by Californian company SpaceX’s 2012 launch of the first commercial rocket to visit the International Space Station. Although most of the startups blooming in this sector at the moment are US-based, there are equally interesting companies in Japan and Europe. These includes:

After drawing global attention to the thrifty innovations that propelled its Mars mission, India’s space industry is getting an additional boost from an unlikely quarter; and a handful of tiny startups with grand ambitions are revolutionizing the sector.

Fledgling companies such as small-satellite developer Dhruva Space, which was established in 2012, are already drawing attention as they prepare to develop and launch satellites for non-telecom commercial applications such as vehicle and flight tracking, predictive analytics, and disaster management and imaging. To establish India’s first factory for small satellites, Dhruva entered into a collaboration with German company, Berlin Space Technologies. It is expected to be operational later this year with a capacity to manufacture 10-12 satellites annually. Another example would be Aerospace, the only Indian team competing in the $30 million Google Lunar XPrize competition. Startup Axiom Research Labs’ Team Indus won$1 million prize money in the ‘Landing Milestone’ category. “The country looks well-positioned to play an increasingly important role in the scientific exploration of the moon and deep space, initially through robotic missions, but eventually utilizing human-tended expeditions,” said Andrew Barton, director of technical operations, Google Lunar XPrize. Team Indus intends to send crowd-sourced payload along with a Lunar Rover to the moon using ISRO’s launch vehicle PSLV. Furthermore, Earth2Orbit (E2O) poised to be India’s first private space start-up, aims to lead India’s foray into the global space marketplace and help India emerge as a global space player and not be limited to a government-run program.

There’s no doubt that space tech is one of the most rapidly developing tech ecosystems at the moment,but,  Susmita Mohanty, co-founder and CEO of Earth2Orbit, India’s first private space startup that offers launch facilitation services companies and offers earth observation products, referring to scarce investments and the lack of a central space policy says that “The regulatory and business environment in India is discouraging for space entrepreneurs.” So far, private space companies in India are restricted to supplying components and building engines and satellite launch vehicles for Isro or developing telecom satellites for commercial purposes. The startups are aiming higher, looking to both integrate and launch satellites, accomplishing what India’s space agency Isro has been doing since its inception in 1969 while also building sustainable businesses.

Thus, we expect a lot of great companies to emerge over the next few years that will change the way we think about space and how space-related products can be applied on Earth.

Apple’s New Smart Watch May Not Have Cellular Network