This year’s QPrize was won by the warehouse automation startup Ark Robot. As a reward, Ark Robot would receive an equity investment worth about $300, 000 (Rs.2 crore) from Qualcomm.

The Department of Industrial Policy and Promotion (DIPP) organized the contest in collaboration with Qualcomm Ventures, which happens to be the venture investment arm of Qualcomm Inc. The contest was held as a part of the ongoing Make in India Week. QPrize is a global seed investment competition hosted by Qualcomm Ventures as its way of encouraging potential entrepreneurs.

Ark Robot, which is a Bangalore based firm, was selected by a panel which consisted of several important figures like DIPP secretary Amitabh Kant, Ravi Gururaj,  the founder and CEO of QikPod.com; Kris Gopalakrishnan, the co-founder of Infosys; Sunil Lavani, president of Qualcomm Ventures India; and KartheeMadasamy, vice president of Qualcomm Ventures India.

Qualcomm’s core business focuses on wireless communication technologies and it even has a lab set up in Bangalore, which offers technical support to budding Indian firms. At present, Qualcomm’s assets add up to $ 500 million, in the wireless technology sector. The company’s headquarters is in US and it has plans to create a strategic fund of $ 150 million, dedicated to Indian startups.

Qualcomm already funds 20 Indian startups , some of which are Housing.com, Appsdaily and Capillary Technologies. 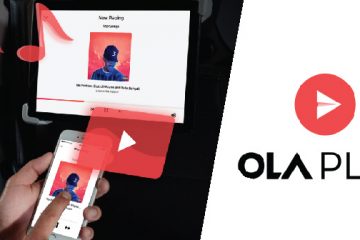