Following the shock demonetizationon Rs 500 and Rs 1,000 notes, online money transfers shot up by  200%, as observed by industry experts. According to senior executives at Paytm mentioned to the press, the Vijay Shekhar Sharma-led company would be able to close the financial year with Rs 24,000 crore worth of transactions processed on the platform.

The company had earlier expressed that It would be increasing its offline footprint in the coming years. It is also looking to hire about 10,000 Paytm agents as it seeks to aggressively expand its offline merchant network to two-million-plus touch points by the end of the current financial year.

At present, about 850,000 offline merchants across India accept Paytm transactions. Right After the Prime Minister’s announcement on ban on high-end notes, the company introduced the ‘nearby’ feature on its platform. It enables customers to get information about their nearest Paytm merchant.

In the first phase, this list would have information of 200,000 touch points, and would continue to grow every day.

The company announced that it registered a 700% increase in overall traffic and 1000% growth in the amount of money added to the Paytm account over the last couple of days since the announcement. The transaction value Surged to 200% of the average ticket size while the number of app downloads went up 300%.

The number of transactions per user also went up from 3 transactions to over 18 transactions in a week. However, It may take some weeks for ATMs to dispense new notes, mobile payments app have come to full support for common people. This definitely signals a brighter ramification of the image and dawn of digital India

Read full story on – How vijayshekjharsharma started through a creative infographic

Subscribe with us to get your dose of interesting news, research & opinions in the startup segment.

Fill the form below: 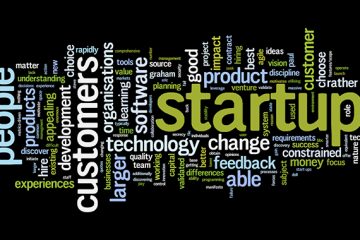 The Latest Fintech Startups in Nigeria