How These Entrepreneurs Are Redefining Communication to Reshape Businesses

There’s no doubt that social media is changing the way we communicate and connect. A new society governed by new social rules and norms has come into being. Digital and social media aren’t just changing the way we do business; it’s changing what businesses we’re into.  Today with technology at one’s fingertips, anyone with a dream has the ability to start off with a business, no longer does anyone need hard assets. Communication is the currency of this century. Today entrepreneurs are coming up with innovative, undiscovered ideas to communicate faster, better and clearer. Entrepreneurs are doing their best to stand out to get their message across to the consumer and some of these would be highlighted in this article. 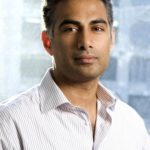 Taking pride in being a connector, Neil Mody sold his first startup nRelate, after which the number of requests to meet grew up and became unmanageable. While speaking about content discovery, he states that ” When publishers first embraced content recommendation links, the promise they held was the ability to provide readers with an element of seamless navigation and content discovery that search engines couldn’t.

However, over time, the objective moved beyond serving up additional related content, and space has increasingly become more of an ad network with publishers monetizing the top of a sales funnel. This is ultimately causing the space to shift from content discovery to content disruption-driven by a single goal to increase clicks.”  He came up with a new technology called SpareMin in order to redress this problem so that people could broadcast notifications of their availability during open pockets of their crowded schedules. Mody’s attempt has led to commendable results and in this progress-obsessed age, he is the one trying to take back control of time. 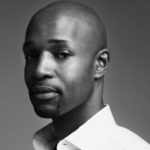 Known as Charming Charlie, Eric Samuel Green has become the de facto colour authority. He has worked as an executive for companies like Gap, The Limited, The North Face and Cole Haan. When he noticed the disconnect between the high fashion lives of his colleagues and the realities of his customer base, he embarked upon a venture to “decode the science of style”. He started off with a series of easy-to-digest internet video clips- continuing through a highly anticipated series of books and other forms of media, Toda, Eric is known for his ability to make anyone feel that they can live a life that is as stylish as any New York fashionista, regardless of their background, location, or budget with even blog posts on wearing color.

“Dorie Clark, clearly and powerfully, teaches you how to become a recognized expert in your field, leading to more opportunities, income, and impact in the world.” – Pamela Slim, author of Body of Work 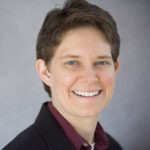 Marketing and strategy consultant and frequent contributor to the HarvardBusiness Review, Entrepreneur and Forbes, Dorie Clark is the entrepreneur’s entrepreneur. This bard of business has worked her way into centres of power and influence, while simultaneously building hordes of diehard fans. She consults and speaks to a diverse range of clients, including Google, the World Bank, Microsoft and Morgan Stanley. She is also an adjunct professor of business administration at Duke University’s Fuqua School of Business and is one of the most coveted speakers on the professional circuit. To write her now classic business books Reinventing You: Define Your Brand, Imagine Your Future and Stand Out: How to Find Your Breakthrough Idea and Build a Following Around It, Dorie sought out, interviewed, and fostered friendships with some of the most prominent people in the world. 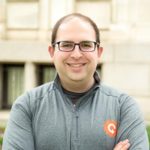 Irritated by the Customer Relationship Management (CRM) systems as a design-focused, Zvi Band created Contactually for corporate clients to manage their ever expanding circles of real life and virtual connections. For millions of professionals around the world, relationships are the backbone of their business and Contactually helps people build stronger inter-personal relationships with their business contacts. It turns relationships into results. His new venture was guided by a single goal-to be a tool that business people actively enjoy using rather than being forced to use it. Contactually became  the meeting point of various platforms such as Gmail and Outlook, it connects to preexisting accounts and calendars in commonly used platforms and uses email to identify new leads for users through targeted questions. a tremendous amount of buzz in a relatively limited period of time has been attracted by the startup, which has resulted in the company raising $13.83 million to date.

President of TEND Strategic Partners and host of the business podcast, Smashing the Plateau, David Shriner-Cahn found himself increasingly frustrated by a phenomenon he calls the “Coaching-Industrial Complex”. he became seriously concerned about a surge of dubiously qualified advice peddlers giving all-in-one solutions to complex business problems, though he still has a great deal of respect for many people who call themselves business coaches. Enriched by this observation, he was motivated to establish carefully facilitated groups in which successful entrepreneurs give nuanced feedback and support to one another rather than on one-on-one consulting.  David empowers organizations to become the recognized go-to resource in their niche.

He is the creator of the TEND System, which is specifically designed to take advantage of existing resources:tapping into time-tested blueprints to overcome emotional and tactical roadblocks, David designs and implements the innovations needed for business to thrive. He started his popular podcast “Smashing the Plateau” to serve as another vehicle for his message, and it too has caused a real perception shift in the business community. Most recently, he is putting his counterintuitive message into a book called Fire Your Business Coach, which has already attracted the attention of prominent nonfiction literary agents. By focusing on the role of community in communication, David Shriner-Cahn has brought age-old values to the hyper-modern world of always-on connectivity.

Please share your thoughts in the comment section below.
Subscribe with us to get your dose of interesting news, research & opinions in the startup segment. Fill the form below:

Mahindra Plans To Come Out With Self-Driving Tractors

How These Entrepreneurs Are Redefining Communication to Reshape Businesses