“Twenty years from now you will be more disappointed by the things you didn’t do than by the ones you did do. So throw off the bowlines, sail away from the safe harbor. Catch the trade winds in your sails.”  –  Mark Twain

As expressed in above mentioned lines by the legendary writer, it is important for us to get out of that 10 x 10 cubical of our office and explore the world. Yes you are right! I’m talking to you budding entrepreneurs out there. Travelling is not only limited to renting Corpus Christi party buses and visiting new places, hogging on local cuisine, celebrating local traditions but it has a few benefits of its own and as said in business studies “first mover advantage”- applies here also.

Why entrepreneurs should travel?

Best places which entrepreneurs should visit are :-

Cairo
Cairo is the capital city of Egypt and is a famous tourist spot because of Giza pyramid complex and the ancient city of Memphis. Entrepreneurs can visit this city not only for tourism purpose but also for their business purpose. Here the talented youth of country is coming up with a diversity of startups. Focus is more towards new accelerators and crowd funding. One of the examples is Instabug found by Flat 6 Labs. The city has some of the engineering talents due quality education universities.

Bengaluru
Also known as Bangalore is considered as the Silicon Valley of India, as it is the IT hub of the country. Organizations like ISRO, Infosys, Wipro and HAL are headquartered in the city. The city is also because of Glass House of Lal Bagh, Shiva Statue, Bagmane Tech Park. Every week at least 10 startup events are held here like hackathons, meetings, conferences, trade shows etc.

Sydney
It is considered as the most populous city of Australia and is situated at the east coast. It is among the 15 most visited cities in the world and is famous because of Sydney harbor, Sydney Opera House, Royal National park etc. The economy of the city is blooming quickly. Various events are organized by Muru D, Fishburners and open houses.

Beijing
Is a city situated in the north China and is considered as the third most populous city of the world.  Some of the prominent tourist spots of this city are Beijing CBD skyline, Tiananmen, Temple of Heaven, National Centre for the Performing Arts, and Beijing National Stadium.  Chinese culture does not promote entrepreneurship much but the tables are turning quickly and made in China is no more obsolete quality instead focusing on high end products and services. China also has tax relief program for startups consisting of annual deductions.

San Francisco
Everyone knows San Francisco as the tech capital. It is the best place for an entrepreneur to visit as there are labor pool startup accelerators and incubators. All the giant tech companies such as Google, Facebook, Microsoft, etc. are located there itself. It has Silicon Valley which is dream place for individuals who are inclined scientifically and would love to establish themselves in scientific and technology advancement world. Besides that, San Francisco has captivating and mesmerizing views.
So what are you waiting for guys just pack your bags and explore this beautiful planet. Don’t forget to carry your passport.Do share your thoughts about these online legal services for new startups and how helpful it is in our comment section below. 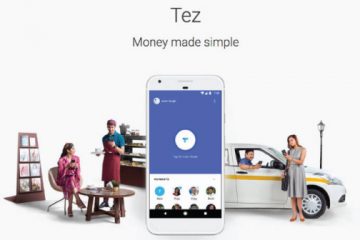