On 28th July, 2016, when Hillary Rodham Clinton, made her acceptance speech of the Democratic National Convention nomination for President of the United States, not only America but the whole world watched her with abated breath. A woman who had played her part of the First Lady with perfection when her husband, Bill Clinton, was the President of America two decades ago, and had stood by an adulterous husband through thick and thin was a far cry from this determined and confident lady clad in white pantsuit who vowed to take America beyond the barriers and ceilings. 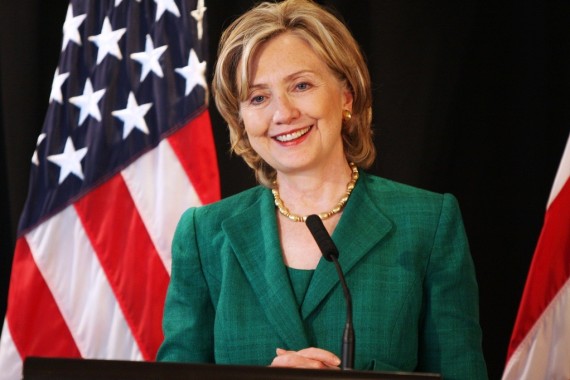 Those of who have followed the journey of Hillary also know that she was never renowned for her oratory skills, but the speech that she made that evening broke all perceptions about her. It was a quite like a coming of age speech, her voice changed, and so did her body language – her energy changed and this reflected in the changing energy of the crowd too. She was no longer someone’s loyal wife or a doting mother, but she was a highly motivated, deeply intelligent and truly talented woman who knew her ability and had confidence in achieving all those things she had promised.

Though the world looks upto America, it’s sad that such a great nation has never seen a woman President. And, it’s the first time that it looks that the scales may tip in a woman’s favour. For women it was a historic day. And, especially women entrepreneurs can learn a lot from Hillary Clinton’s speech.

Having said that, it doesn’t mean things present themselves on a silver platter for the women entrepreneurs. Women entrepreneurs have to fight hard for opportunities. Hillary’s speech gives women the inspiration to stop fighting for opportunities and start believing in their capability, passion and team. It means painting a vision of the future – of what the world would look like with their contribution.

Upasana Taku, a Stanford graduate and the founder of Zaakpay, was once asked by an investor about her plans of having children. A male entrepreneur would never be asked such questions. But Taku says, “Women should not let these questions stop them from raising funds; you just need to take it in your stride”.

Stop fighting for the opportunity and own it instead. Make the best out of what has been given to you and mould it to the best of your ability.

It is said that there is no gain without pain. Whether you fail or succeed, you need to be a risk-taker. Until you take risks, you won’t be able to know what lies in store for you.

Sia Umesh, the founder of Karmashya – an online store that specializes in selling high quality Hindu prayer articles, comes from a very modest background. Sia studied hard, supported her education by taking up odd jobs after her classes and went on to earn a degree in Biotech Engineering. She took up a job in Bangalore, but soon had to return to Mangalore when her father passed away. Due to lack of opportunities in her home town Mangalore, Sia couldn’t get a good job and exhausted all her savings. And, that’s when she started her own business with just an initial investment of Rs. 500. A risky and an unsteady start, but eventually she tasted success!

Be clear about future plans

Hilary presented policy details that showed everyone that she had a solid plan. She talked about making college tuition-free for the middle class and debt-free for all; making the Wall Street, corporations and the super rich pay their fair share of taxes, and helping people learn a skill or practice a trade. And, she even laid out her strategy for defeating the biggest terror threat to America.

Being an entrepreneur means chalking out future plans and deciding your strategies. You have to take the plunge into entrepreneurship with caution.

Be tough and strive harder

Hilary Clinton suffered personal humiliation and marital devastation, but still stood by her philandering husband. She ran for President in 2008 and lost. But, she didn’t let personal and professional setbacks overshadow her ambition and her will. Thus, in 2016 presidential elections, she has stood again, stronger and sharper like never before.

Sudeshna Banerjee left her disloyal husband, and joined an AutoCAD training academy, only to take it over and form DigiTech HR. She suffered many challenges when she couldn’t get a flat as a single woman and her male managers refused to treat her as an equal. But, she fought back.

Failures and losses are part of the game. They shouldn’t overthrow you or make you quit your game. An entrepreneur must go on; learn to be tough, resilient and strive harder.

A good entrepreneur is one who can motivate her team. Hillary Clinton confidently endorses this trait. While Donald Trump, the Republican Party nominee for President of the United States, put down America and its people and called its military a disaster, Hillary on the other hand, called “America is great because America is good”! She urged the nation with all its colours, creeds and ethnicities to come together, to work together so that they can all rise together.

Pull your team together and motivate them so that they can work with a renewed fervour.

Whether Hillary Clinton becomes the first female President of the United States remains to be seen, however, one thing is clear, she is a true blue leader who has shown integrity, she has proved that she is a fighter and she has given reassurance to millions of Americans for a better future under her leadership. Just the way, it is expected from a true blue entrepreneur.

Please share your thoughts in the comments section below.
Subscribe with us to get your dose of interesting news, research & opinions in the startup segment. Fill the form below:

SmartPath Is Here To Help You Manage Your Income 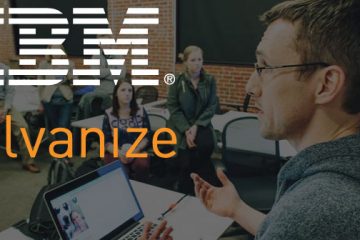